We have no current plans of revising or publishing this paper. It is meant to be an extension of Aruoba and Schorfheide (2011). 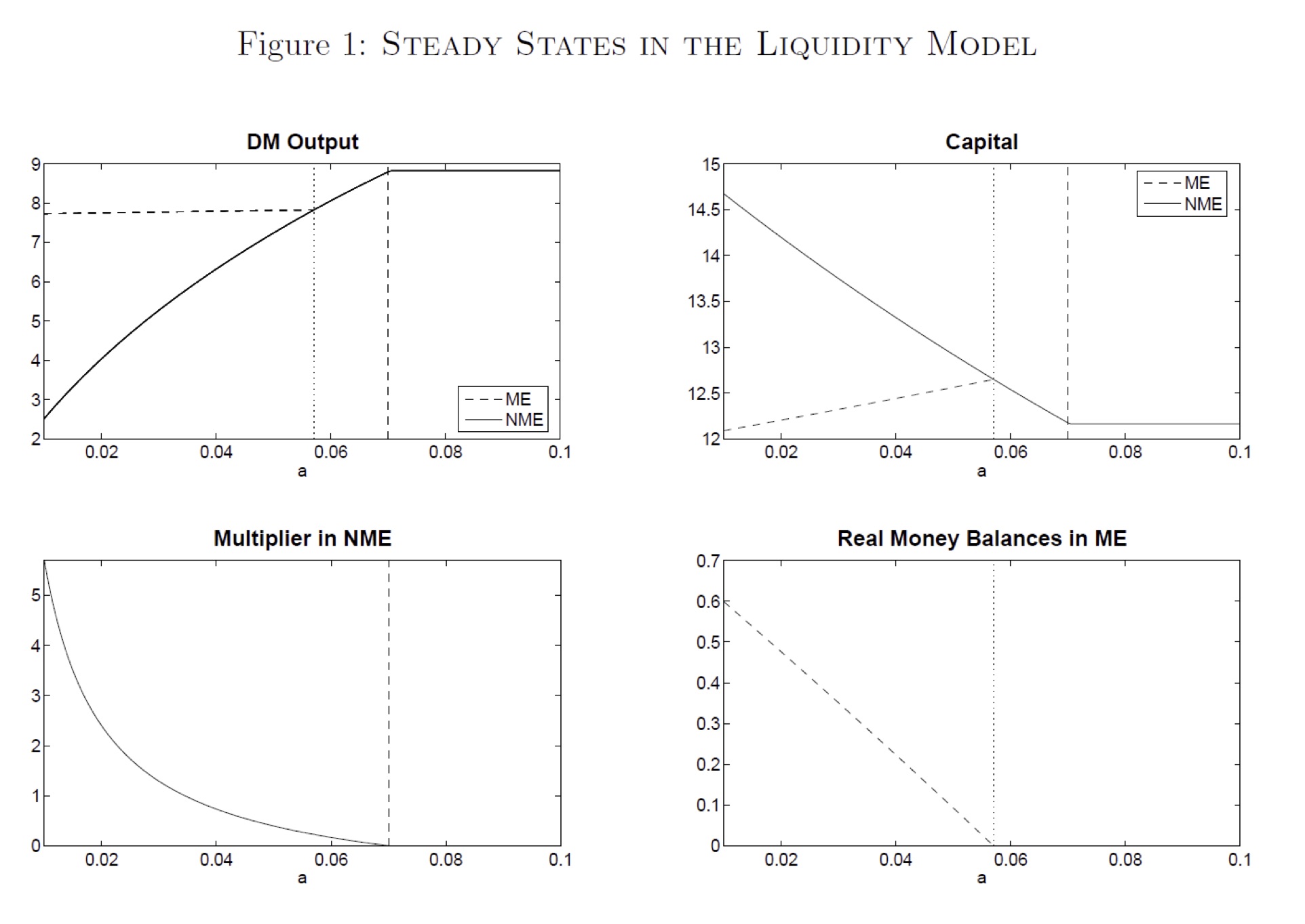 In this note we extend the search-based monetary DSGE model studied in Aruoba and Schorfheide (2010) and introduce liquid capital claims. More specifically, buyers in the decentralized market can use a fraction of their capital stock holdings in addition to money to acquire goods from sellers. We show that if liquid capital is a small fraction of the overall capital then money and capital claims can co-exist as a medium of exchange in the decentralized market. Our analysis extends earlier work by Lagos and Rochetau to an environment in which capital is used as a factor of production in the decentralized market. We then estimate our model using Bayesian methods. We find that the estimated fraction of capital that is liquid is close to zero, which means that the data favor the specification without liquid capital, studied in Aruoba and Schorfheide (2010).