(with Morris A. Davis and Randall Wright) 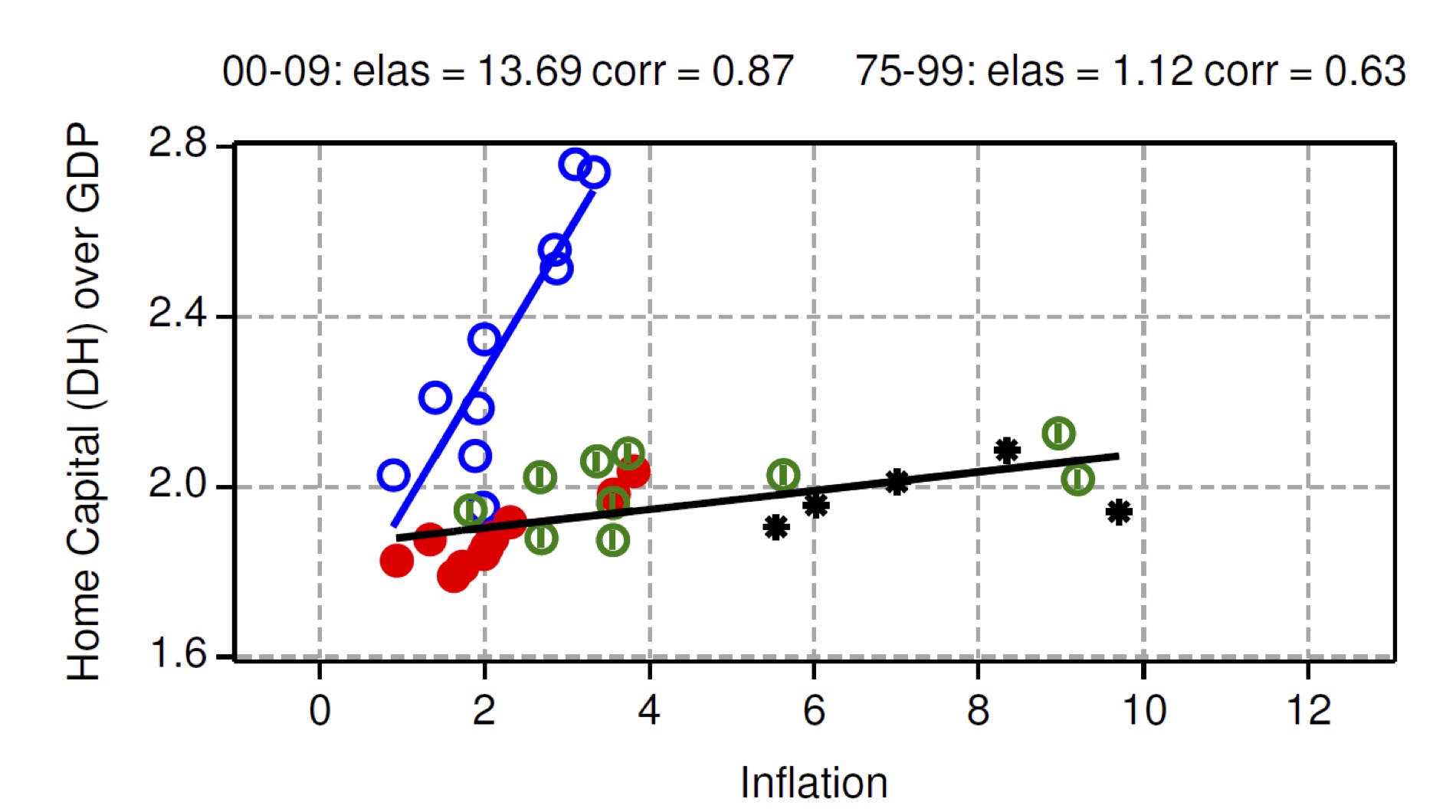 We introduce household production and the production of houses (construction) into a monetary model. Theory predicts inflation, as a tax on market activity, encourages substitution into household production and hence investment in housing. In the model, the stock and appropriately-deflated price of housing increase with inflation or nominal interest rates. We document this in data for the U.S. and other countries. A calibrated model accounts for up to 52% (87%) of the relationship between interest rates and housing wealth deflated by nominal output (by the money supply). It also implies the cost of inflation is higher than in models without home production.