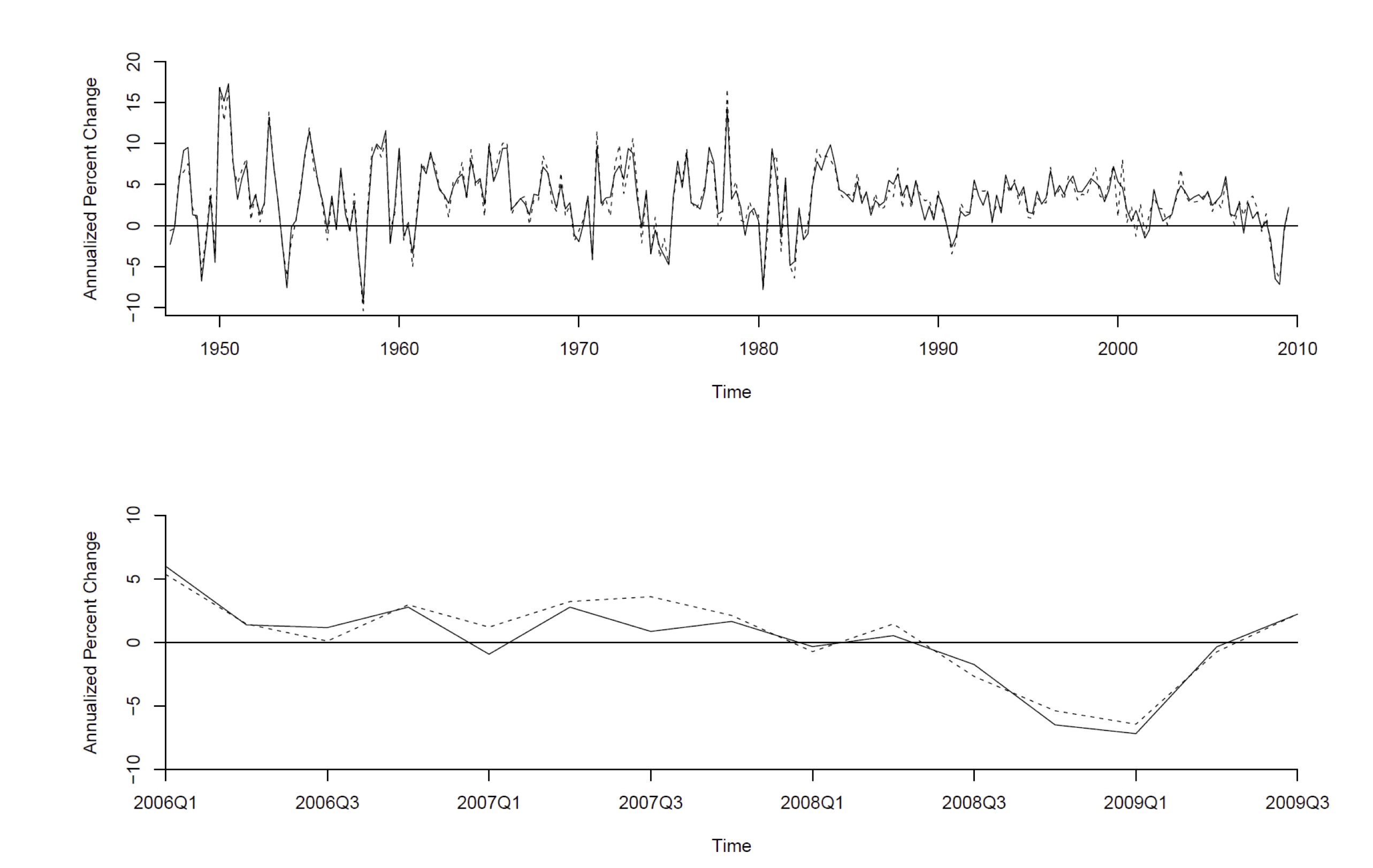 Two often-divergent U.S. GDP estimates are available, a widely-used expenditure-side version GDPE, and a much less widely-used income-side version GDPI . We propose and explore a “forecast combination” approach to combining them. We then put the theory to work, producing a superior combined estimate of GDP growth for the U.S., GDPC. We compare GDPC to GDPE and GDPI , with particular attention to behavior over the business cycle. We discuss several variations and extensions.